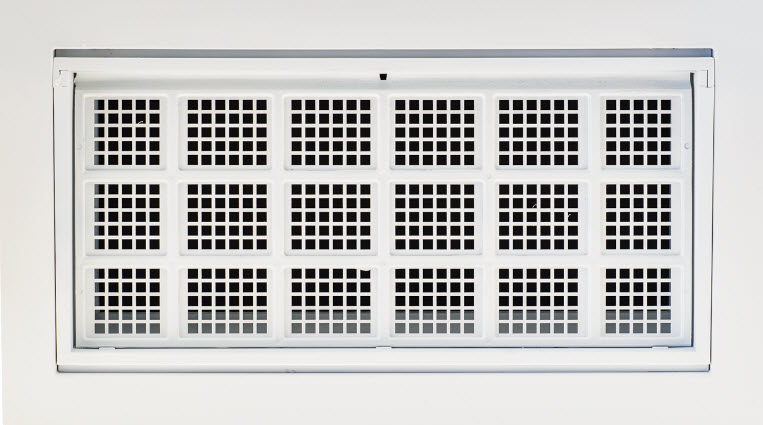 Water temperatures, which influence sea level, are expected to rise sharply in the 21st century along the eastern United States. Redder areas on the map show projected temperatures at the higher end of the scale. (Little et al., Nature Climate Change, 2015)

Many studies predict that future sea-level rise along the U.S. Atlantic and Gulf coasts will increase flooding. Others suggest that the human-caused warming driving this rise will also boost the intensity and frequency of big coastal storms. Up to now, though, these two hazards have been assessed mostly in isolation from each other. Now, a new study quantifies how they could interact to produce alarming spikes in the combined height and duration of flooding. It projects that coastal flooding could possibly shoot up several hundredfold by 2100, from the Northeast to Texas. The study appears this week in the journal Nature Climate Change.
“When you look at hazards separately, it’s bad enough, but when you consider the joint effects of two hazards together, you can get some surprises,” said Radley Horton, a climate scientist at Columbia University’s Earth Institute and study coauthor. “Sometimes, 1 plus 1 can equal 3.”
Over the past century, the East Coast has seen sea-level rise far above the 8-inch global average—up to a foot in much of the Mid-Atlantic and Northeast, including New York City. Global rise is being driven mainly by melting of ice and expansion of seawater as the ocean warms. In this region, sinking land and currents that chronically drive water coastward have worsened matters. Most projections call for a further 2- to 4-foot rise by 2100; some go as high as 6 feet.
At the same time, separate studies suggest that the intensity of the biggest storms generated in the North Atlantic may increase, because warmer waters contain more energy. Projections of this phenomenon are somewhat less certain, but scientists are taking them with increasing seriousness.

The new study shows how the two factors may work together. The authors analyzed 15 climate models at five locations:  Atlantic City, N.J.; Charleston, S.C.; Key West, Fla.; Pensacola, Fla.; and Galveston, Tex. They not only considered both factors, but the chances that they would be correlated—in other words, the probability that they could act together in time to produce more than the sum of their parts. Five models simulated both high local sea-level rises and increases in the strongest storms.
Based on this, the authors make two projections for the 21st century: one if the world greatly reduces emissions of greenhouse gases, and one if the current trajectory continues. Even the reduced-emissions calculations suggest a 4- to 75-fold increase in the flood index—that is, the combined heights and durations of expected floods—across the five locations. With business as usual, the flood index might go up 35 to 350 times. Furthermore, the study does not account for any sea-level rise caused by melting of glaciers and ice sheets—only water expansion—so that could add to the hazard.
“It’s an aggregate number over a big area—not a specific prediction for any one place,” said lead author Christopher Little of Atmospheric and Environmental Research, a company that performs weather and climate research, and related risk assessments. “But these projections help lay the groundwork for more specific research that will be valuable for adapting to climate change.” The paper adds to the scientific basis for ongoing risk assessments such as those of the New York City Panel on Climate Change, to which both Little and Horton have contributed.
The other authors of the study are Robert Kopp of Rutgers University; Michael Oppenheimer of Princeton University; Gabriel Vecchi of the National Oceanic and Atmospheric Administration; and Gabriele Villarini of the University of Iowa.

After the Flood, Before the Flood