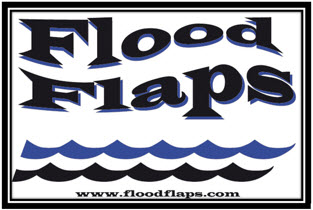 Building code and flood insurance requirements are government responses to the risk of flood. Both mandates — code requirements such as elevated foundations, and insurance requirements for homeowners who carry mortgages — are largely determined by the estimated risk of flooding at the building’s location. But are those risk calculations right? Probably not, concludes a new study from scientists Thomas Wahl, Steven D. Meyers, and Mark E. Luther (University of South Florida), Jens Bender (University of Siegen, Germany), and Shaleen Jain (University of Maine). Typical risk estimates consider the likelihood of storm surge flooding, caused by hurricanes, separately from the risk of river flooding created by heavy rain. But according to the researchers, both kinds of flooding can occur at once — and in recent years, that has been happening more often. For many houses, that means that the flood risk is currently being underestimated.
The study itself, published in Nature Climate Science, is behind a four-dollar paywall (see: “Increasing risk of compound flooding from storm surge and rainfall for major US cities“). But Climate Central has a report here (see: “Rain, Storm Surge Combine to Put U.S. Coasts at Risk,” by Andrea Thompson). “Thomas Wahl, a postdoctoral researcher at the University of South Florida, noticed that no one had really looked at how often compound flooding events happen along the U.S. coast, where more than half of the country’s population lives in densely populated areas and where development has been steadily rising in recent decades,” Climate Central explains. “He and his colleagues combed through historical data to see if there was a relationship between heavy precipitation events (rain) and storm surge for locations all along the coasts. They found substantial portions of the Gulf and Atlantic coasts where the two factors were linked, and also found that compound flooding events were happening more often now than in the past at many locations.”

An example? The flooding of Hurricane Isaac, which struck New Orleans in 2012. Isaac was no Katrina — and that fooled more than a few locals. “Isaac turned out to be the perfect storm for that area,” Climate Central recounts. “The surge that Isaac pushed ahead of it raised lake levels by 6 to 9 feet, and they stayed elevated for an unusually long time. At the same time, the area around the lake saw 11 or more inches of rain from the storm. Because the lake levels were so high, there was nowhere for the rainwater to drain, and so water flooded the streets and houses to the west of the lake. ‘Many people were caught off guard,’ Hal Needham, a storm surge scientist at Louisiana State University said, and thousands had to be rescued from the rising waters.”
Ted Cushman is a Senior Editor at JLC.

Understanding Flood Insurance & Why So Many Changes?!