In April, FEMA began implementing additional changes required by the Homeowner Flood Insurance Affordability Act of 2014 (HFIAA) that became law at the beginning of 2014.
On the heels of Biggert-Waters and myriad legislative efforts to mitigate rate increases across the country, the changes mark a dramatic shift for the direction of the flood insurance market in the years to come.
“It’s really been in turmoil,” says Bruce Bender, specialist in outreach and risk communication services and a national consultant for FEMA’s FloodSmart marketing campaign and Risk MAP effort, of the U.S. flood insurance market.
Trying to stay on top of the volatile flood market in order to better serve your clients? Here are three major results of the HFIAA changes FEMA implemented in April—and what you’ll need to do about them moving forward.
More touch points with consumers. To implement the new HFIAA surcharge of $25 for primary residences and $250 for all other buildings—including secondary homes, businesses, condos and more—HFIAA has required the insurance industry to approach every policyholder to confirm the status of their residence. And that process has not been as straightforward as expected.
“It was one of these political concepts that makes great sense in theory, but maybe wasn’t thoroughly thought through in terms of the practical implications and the effort required to make it happen,” says John Dickson, president, Advanced Insurance Coverages Inc., a unit of National Flood Services.
Because FEMA requires homeowners to report primary residency in order to receive the lower surcharge, the process has put a strain on WYOs and service providers, Dickson notes. “There’s been some confusion in how companies go about implementing that change and verifying that occupancy status of every single home,” he says. “Some homeowners have had to respond multiple times. Some homeowners haven’t had to respond at all.”
“We’ve seen a lot of issues where property owners are just throwing that notice away, not checking the box and returning it, and all of a sudden they get this $250 charge on their bill,” Bender agrees. “In some cases, instead of fighting it, they just say, ‘I don’t want this policy.’”
Lower national flood policy count. Insureds dropping policies is a disturbing trend that’s becoming more widespread in the wake of HFIAA. In low- and moderate-risk areas where flood insurance is not required and in high-risk areas where there’s no mortgage, flood insurance policy count has dropped: Bender cites FEMA data that shows October 2013 was the “top of a ski slope” for the nationwide flood policy count.
“It’s all been downhill since then,” Bender says. “Hundreds of thousands of policies have been lost. Looking at the data, the number of new policies has dropped some, but really the big area is people who are dropping or non-renewing their policy.”

Moving forward, many are concerned that property owners in low- and moderate-risk areas will “think twice about carrying that policy,” Bender says. “They’re carrying that low-cost Preferred Risk Policy and all of a sudden they get $250 added to their premium at renewal? I’ve talked with WYOs and some of their vendors and they all are seeing the policies drop left and right.”
Movement to full-risk rates. HFIAA may have slowed rate increases for flood insurance, but they haven’t stopped altogether. For pre-FIRM businesses and secondary homes in high-risk areas, “the 25% premium increase means in four years, they’ll more than double,” Bender points out. “Even primary pre-FIRM residencies in high-risk areas will probably see an average of 15%.”
So while some clients may not face sticker shock at present, “that issue’s going to pop up quickly,” Bender says. For example, consider a secondary pre-FIRM home in a high-risk area: Located three feet below base flood elevation and insured for $200,000 building and $80,000 contents, the property has a $3,300 premium today. “That’s pretty high already,” Bender says. “According to the law, it will continue to increase at 25% a year until it reaches the full-risk premium. And that elevation rate is also going to go up 8-10% each year.”
Bender’s quick calculations reveal that between a 25% annual rate increase and a 10% elevation increase, the property will “reach full-risk rate in about eight years,” he explains. “The premium? Around $17,000. We’re not out of the woods. We just slowed it down.”
In order to maintain affordability, that means mitigation efforts will be in full swing in the coming years. In particular, expect to hear more and more about FEMA’s Community Rating System, which provides premium discounts in communities that exceed NFIP minimum guidelines. “You can elevate, you can put in flood vents, you can do things that not only reduce your rate but also reduce the risk,” Bender says. “Any time you can do that, you’re breaking that cycle of disaster payout and damage payout.”
But while some steps associated with the Community Rating System help reduce flood risk, others—such as securing elevation certificates in a flood-proof structure—do not. “That doesn’t change the risk of flooding for any individual property,” Dickson points out. “It just means if a flood happens you can get documents readily and easily and you know they’ll be there. A community rating system is the fly in the ointment in that glide path to full-risk rates.”
How will HFIAA affect the private flood market’s potential? Keep an eye on IAmagazine.com and upcoming editions of the Markets Pulse e-newsletter to find out.
Jacquelyn Connelly is IA senior editor. 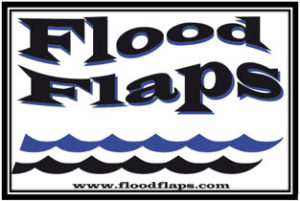