Oct 4 2015 5:00 pm Oct 4 5:34 pm
South Carolina’s insurance industry is bracing for a wave of flood-related claims, though it’s too early to gauge the extent of the damage.
The S.C. Department of Insurance expects to compile figures and release a preliminary estimate later this week, said Ray Farmer, director.
Most of the claims would likely be tied to homes and automobiles damaged or destroyed by the deluge and downed trees, Farmer said.

Flood damage to homes and businesses is typically only covered by a special, separate policy sold through the federal National Flood Insurance Program that includes a 30-day waiting period before it takes effect. Not all property owners are required to buy it.

“So hopefully people in affected areas are going to have it,” Farmer said.

His department will be talking with officials from the federal insurance program Monday and meeting with them later in the week, Farmer said.

A normal NFIP policy will cover direct physical damage to the insured property up to the replacement cost or the cash value of the damage up to the policy limit. The average cost is about $700 a year, according to the federal program’s website.

Whether an insurer will cover car damage will depend on individual policies, S.C. Department of Insurance spokeswoman Ann Roberson said.

“If you have comprehensive coverage you’re usually good to go,” she said Sunday. “If you don’t, it’s not likely to be covered.”

She said the department extended the hours for its consumer phone bank this past weekend, but had not received many calls about damage as of Sunday afternoon.

“I think it’s still early on,” she said, adding: “As a general rule it takes a couple of days before they file claims.”

Russ Dubisky, executive director of the Columbia-based S.C. Insurance News Service, said he expects most of the questions from consumers and businesses will be about what is and is not covered.

He advised property owners with claims to contact their agents as soon as possible and have their policy numbers available. Photographs of the damage would be helpful, too, he said.

Farmer said he spoke with several property and casualty insurers on Sunday. The told him they are standing by to evaluate and process the expected surge of claims.

“Generally when there is a big event like this, some companies will need to bring in outside adjusters … and we have a provision to allow that, for them to register with us,” Farmer said. “The companies we spoke with think they have enough resources on the ground here in South Carolina.”

Billy Swails, a State Farm agent in Mount Pleasant, said about 15 of the company’s adjusters were on their way to the state but more might be needed based on the damage in the Midlands he learned about Sunday.

“The people in Columbia are catching the devil with some serious flash flooding. … It’s going to be a mess for a while,” he said.

At Servicemaster, a disaster restoration company with an office on Ashley Phosphate Road, company owner Lawton Hayes said they have about 200 homes and businesses lined up for service already, ranging from private homes to Northwoods Mall.

“We’ve got about 100 folks coming in from out of town to help,” said Hayes, whose company has 40 employees. “I think you could relate the flood damage we have seen to (Hurricane) Hugo.”

He said the company has been dealing with properties damaged by flood waters, and buildings damaged by wind-driven rain.

“It’s going to a catastrophic expense for some folks without flood insurance,” Hayes said.

David Slade and Warren L. Wise of The Post and Courier contributed to this report. Contact John McDermott at (843) 937-5572. 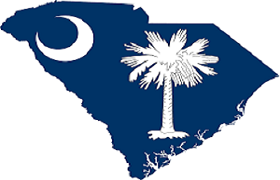 More Than 400 U.S. Cities May Be 'Past The Point Of No Return' With Sea Level Threats