Flood premiums affect historic district
Charleston’s storied historic district of about 4,800 structures lies on a peninsula almost entirely in a flood plain. And there’s concern that raising flood premiums to help get the federal flood insurance program back in the black will make historic preservation there more difficult. An Associated Press analysis finds as many as 1.1 million property owners nationwide with subsidized flood insurance face sharp rate increases as the government works to erase a $24 billion shortfall in the flood program.
In South Carolina, the analysis shows about 29,000 of those policyholders, many of them along the coast. There are 205,000 policies in effect in the state.
The subsidies help pay the cost of insurance for homes and businesses built in flood zones before there were rules about building close to the water. That includes many structures in the historic district of Charleston, which was settled at its current site in 1680.
Charleston has 23,000 policies in effect, with 5,600 property owners facing the sharp increases.
President Obama last week signed into law a measure easing the immediate impact of the rate increases and which would phase them in over several years. Still, rates would increase 18 percent a year for people whose primary home is in a flood zone and 25 percent for people’s second homes and businesses until reaching a level consistent with their real risk of flooding.
“The problem is the insurance payments will become so onerous that no one can afford to pay them,” said Robert Gurley, the director for advocacy of the Preservation Society of Charleston, founded in 1920 and the oldest community preservation group in the nation.
“With some beach properties, they are talking of raising the houses” out of the flood plain, he said. “But that’s not practical to do on a house on Meeting Street that’s 150 years old.”
Local engineer and builder John Ferrell, who owns houses in the historic district as well as on nearby Sullivans Island and the Isle of Palms, said the city’s Board of Architectural Review closely controls what can be done with buildings.
“It’s rare to get a demolition permit in Charleston, and so you’re stuck with a house you can’t raise because that destroys the scale and mass of the structure and isn’t historically accurate,” he said. That means owners can pay the high premiums, self-insure or “sell at a discount and get out.”
“Who is going to buy a house where you have to pay $10,000 a year in flood insurance? It’s going to affect the price in downtown Charleston unless they are grandfathered in,” he said.
Ferrell is going to self-insure his Sullivans Island house, which is decades old and has no mortgage. Doing so is less expensive than spending the $40,000 he says will cost to raise it or pay high federal premiums, he said.
The house, in the middle of the island, survived Hurricane Hugo a quarter-century ago largely unscathed.
Gurley said there are two issues for preservationists in Charleston. One is the sharp increase in premiums and the second is infill construction that meets flood requirements.
“If you have three-story houses in a neighborhood and you have an empty lot, a new house has to be raised so it’s five stories tall, and that’s incompatible with the historic streetscape,” he said.
So what happens when government efforts to protect structures from flooding seem at odds with community efforts to preserve historic places? “That’s a good question, and we don’t have the answer,” Gurley said.
Laura Cabiness, the director of the Charleston Department of Public Service, said recent congressional action spreading out the rate increases helps. The entire flood insurance program will be up for review in three years, and she hopes there can be some accommodation for historic areas.
She said the current rate increases make preserving buildings less affordable for many.
“We’d like to see something that doesn’t discourage historic preservation,” she said.
Contact Flood Flaps today at 843-881-0190 or [email protected] to find out how our flood vents can help reduce your flood insurance, and protect your home or business property from flood damage. 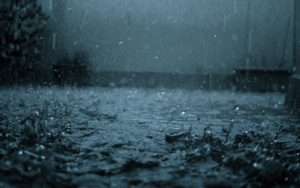